A weekend in Cartagena Colombia was the start of an interesting and difficult marriage with a handsome Englishman who was sailing in the Caribbean. A cousin and I were approached by two Englishmen in a restaurant and started to talk. Little did I know that I would end up living in Scotland and then Newcastle upon Tyne.
After my two sons were born in Scotland, my husband and I moved the family to Colombia where we planned to settle, but due to the lack of security for foreigners we returned to the UK. Having sold our properties in Scotland we were left with the option of living on my husband’s boat in a boatyard in North Shields.
The boat was being refurbished and was by no means warm or habitable for a young family. Thankfully one of the friendly tradesmen who was helping rebuild the boat had a friend who owned a flat in Heaton which was offered to us, and I found a job working at the University. I then saved enough money to buy my own flat a few years later, also in Heaton, where we continue to live happily.
At home in Heaton
Jeremy Abrahams 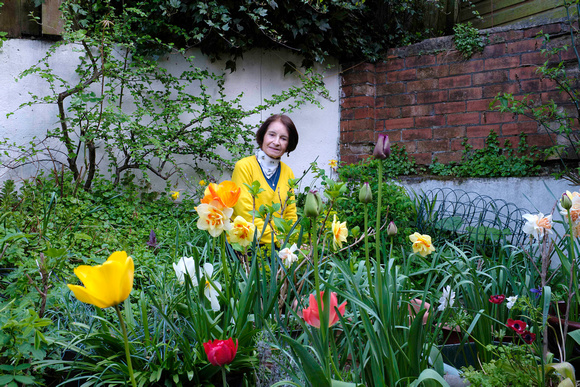