Having your own business runs in the Zack family.

Ramy’s grandfather Eliazor had fled Russia for Israel during the pre-war communist era leaving behind a textile company which at the time of the Russian revolution produced 10% of Russia's textiles and employed 2,500 people.

Ramy’s father Shlomo and his family left Israel in 1967 and settled in Newcastle where he started the plastic injection moulding company Tyne Moulds and Machinery.

I was born in Belgium, and lived with my family near Ghent becoming a teacher of History and English. Ramy and I met in Greece in 1982. Who said that holiday romances don’t last?

As Ramy had taken over the family business after the sudden passing of his father in 1983 and I was ready for new challenges after 7 years of teaching, the logical step was to join forces in Newcastle.

We both collected art as a hobby and when the opportunity arose we were delighted to open The Biscuit Factory gallery. The gallery showcases and sells the work of over 200 artists and makers in seasonally changing exhibitions.

Newcastle has been welcoming to both of us and has been a wonderful place to live and bring up our children Emmelene and Simeon. 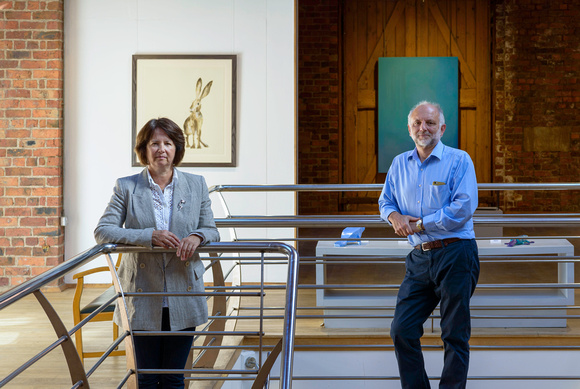