I arrived on Tyneside in June 1968 for a penfriend’s wedding in South Shields. Having just left college in Sweden I decided to get a job here for a year. My parents forwarded my mail which included a letter from a friend of another penfriend who was going to Sweden on holiday and was trying to make contact with someone beforehand. His letter was addressed to my Swedish college lodgings, redirected to my parents’ address, then forwarded to South Shields. My reply stating I was actually in the UK was addressed to his university lodgings in York, and his landlady forwarded it to his home address in Newcastle. We met up before he left for Sweden and three years later we were married.
Life in a big city was very different to a small town in Sweden, but I found it a friendly place. Newcastle has changed over the years and is now more multicultural. I moved on to work at the University and have done translation work for the tax free shopping magazines for the North Sea ferries that used to sail to Scandinavia. In 2010 I was asked by a political colleague of my husband’s if I would be her Lady Mayoress in her year as Lord Mayor. It was a great honour to represent the city while wearing the beautiful chain, especially as a non-native with dual nationality. 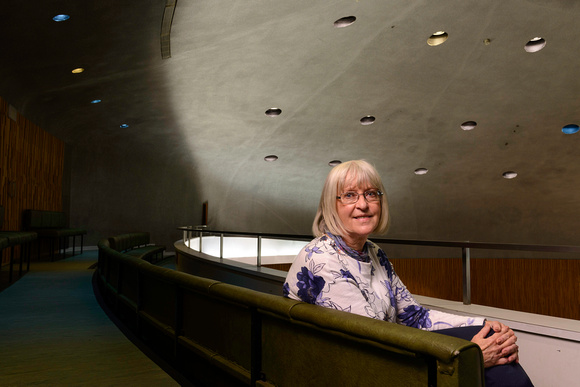