Before 1967 Yemen was a British colony known as Aden. From 1955 till a few months before independence I worked for the British Army, for the last 8 years as a cook for an officer and his family. After independence the family returned to the UK, but the officer had become my friend and he suggested I come to live in the UK. To this day I still spend Christmas with him and his family.

When I arrived in South Shields in 1968 I worked for the Charles Taylor Iron works, making castings for ship’s engines used by the British Merchant Navy and the Royal Navy. In 1969 I joined the merchant navy and for the next 23 years I was mostly at sea, visiting countries all over the world including Russia, Japan, Australia, Chile, Singapore, Ghana, Iraq, Egypt and many more. Every two years I would go Yemen to visit my family.

Today my family are all in Yemen - my wife, my children and my grandchildren. Now it is impossible to visit them because of the terrible war in Yemen. All Yemenis in the UK have family in Yemen and the war is so upsetting for us as it is causing so much death and destruction and many, many people are facing starvation. I can’t help my family by sending money as it would just go missing. I use WhatsApp to speak to them every day so at least I know they are still all right. 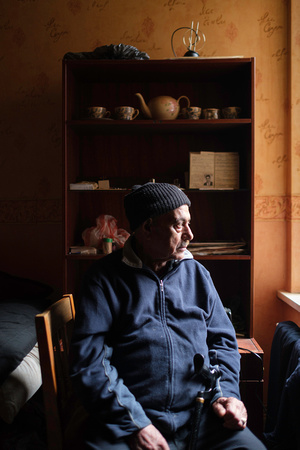