As a teenager my mother would take me on an hour’s journey across Hamburg to visit a small, specialist cinema where we watched Greta Garbo classics and other rare films. After leaving school I spent 3 months in Bournemouth improving my English, before returning to Hamburg to work in the office of Lloyd’s Register of Shipping. There I met my husband, who had grown up on Tyneside.

At first we lived in London, where I would occasionally set off on my own to visit the Classic Cinema near Waterloo Station, while my husband looked after the boys at home. As a foreign national, my husband's company required me to take British nationality. In 1960 this involved swearing an oath of allegiance to the Queen. Wondering how much loyalty I felt, I made an appointment with a solicitor. I was shown into the room where the great man was busy talking on the phone. He pointed to a chair, handed me the wording for the oath while continuing his conversation. He then motioned for me to start reading it out and gave a dismissive wave once I had completed the reading. I paid the fee and felt that my loyalty to the Queen was perhaps already greater than his.

After 12 years in London and 2 in Copenhagen we were transferred to Newcastle, where we soon discovered the Tyneside Cinema. I quickly fell in love with the ambiance, type of films shown and the Tea Room where I often meet friends. 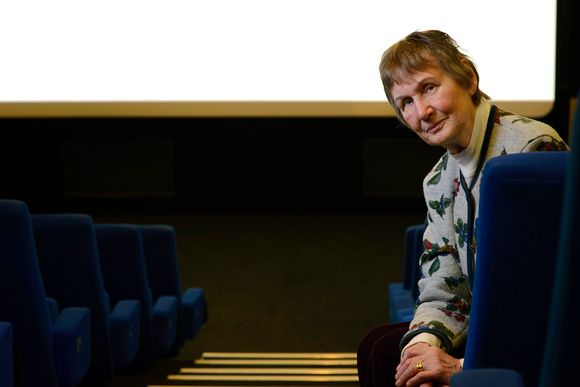