During my upbringing in Uganda, my mother introduced me to the Hindu values of truth, love, peace and non-violence. My father died while I was still at school; I thought of looking for a job, but fortunately my Uncle advised me to continue my education and so I trained as a teacher in Nairobi, Kenya. As a teacher in Nairobi I became acutely aware of the great disparity between rich and poor children and did as much as I could to ensure that every pupil could take part in all the school’s activities.

Back in Uganda Idi Amin had expelled all Asians from the country and this had knock on effects in Kenya, where the policy of ‘Africanisation’ was making life difficult for Ugandan Asians like ourselves. So as we were British citizens, in 1972 my wife and I decided to come to the UK. We initially settled in Scunthorpe but came to Newcastle in 1974 when I began work as Director of Tyne and Wear Racial Equality Council. When I first came many people believed it was impossible to unite people from different cultures. But we succeeded by building better communications - and trust - between communities and the city council and the police.

I was helped a great deal by working with many others who recognised that people should be judged by their character, not the colour of their skin. But it is important not to be complacent as there are always fresh challenges to be tackled. 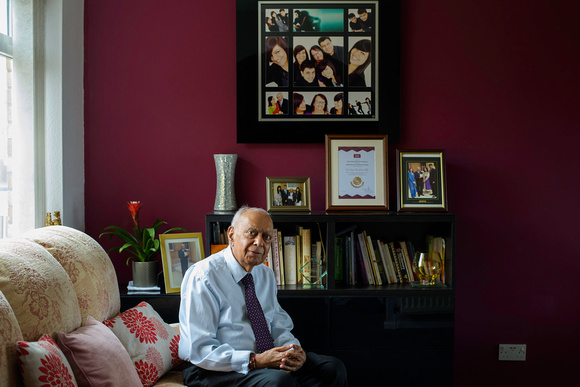