Let’s begin with two summers in the early 1960's - one as a social work intern in Harlem and one on a ten week trip around America with four foreign students. With the Civil Rights Movement gathering pace, I experienced my country through others’ eyes in fresh, sometimes uncomfortable, ways - for to move outside of Harlem with an African-American child or travel in the deep South with a Punjabi friend aroused racial prejudice and, in one frightening instance, the Ku Klux Klan. It was an awakening that made me question the status quo and consider life elsewhere. Would London be different? Yes and no. Here, as a social worker, I encountered the discomfiting effects of colonialism and class. But I met my husband to be. In 1968, we married in New York.


When a lectureship at Newcastle University arose we settled in Jesmond. where we raised our sons. Tyneside was friendly, but a sharp contrast to New York and London - cold, grey and lacking diversity. Missing the bookshops and libraries I’d known and perceiving gaps in Tyneside’s literary culture, I developed a new career in the education and children's book worlds. Being an American abroad freed me to experiment with the status quo by initiating a range of innovative arts projects culminating in Seven Stories, the National Centre for Children’s Books, all celebrating the diverse voices that speak to the young in books. A rich life - made possible by being an immigrant. 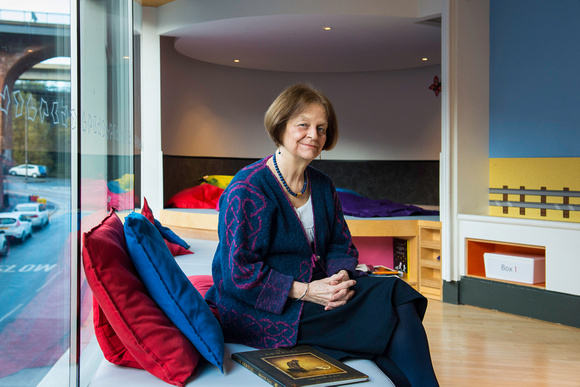