I was nearly 21 and finishing my teaching diploma in French when my Uncle asked me if I would join his family on a two year posting to London from Argentina. I would look after my young cousin in exchange for having an English course!
We left sunny Buenos Aires in 1969, arriving in snowy London nearly three weeks later. I started English lessons within days and travelled throughout Europe. When our two years was nearly up I met the man who was to become my husband. I returned home and after breaking the news packed again, but this time ‘forever’. I had mixed feelings; I was sure I wanted to marry this man but coming from a very close family I felt torn in two.
However my life took off, first in London and then in Jesmond when my husband got a job at Newcastle University. Within days of arriving, neighbours were telling me where the library and swimming pool were, inviting me for coffee and to join the babysitting circle! It was the same lovely feeling of belonging that I had had back home. I loved the fact that in Newcastle family members didn’t move too far from each other, and going for Sunday lunch to Mum’s or Nan’s was common, which made me homesick many times.
Although my marriage broke down in 1992, with four children here and a good career in teaching I stayed. I am happily remarried and enjoying all that Tyneside has to offer. 47 years in England, 42 of which in Newcastle… and still counting! 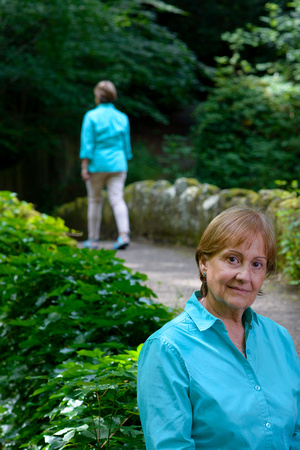