I have built a hugely successful life in Newcastle. My family have been welcomed here and we have more English friends than Iranian friends. During my working life I lectured in engineering at Newcastle University and in retirement I have become Chair of Governors at Excelsior Academy and continue to support and champion the rights of the Black and Minority Ethnic community.

But it so easily could have been very different. In the late 1970s I brought my family here as I was a Lieutenant Commander in the Iranian Navy, overseeing work on a ship being built in Tyneside’s Swan Hunter shipyard. After the Shah was overthrown in a revolution I returned to Iran alone at the start of the Iran-Iraq war to do my military duty. I found things no longer had any logic. My phones were tapped, I couldn’t write letters and eventually I was put before a military revolutionary court, falsely accused of supporting military staff planning a coup d’etat against the new regime. My life was in real danger, I thought I would die.

I was lucky. The mullah that usually presided over the court was not there and the presiding officer was someone who knew that I was innocent. So while he concluded that there was a case against me that would have had me shot, he advised me to get out of Iran as quickly as possible and I did. We have called Newcastle home since 1982 and I think the people of the North East are wonderful, warm-hearted and very accepting people. I am grateful for being accepted here but nothing can change that I was born in Iran and I am Iranian. 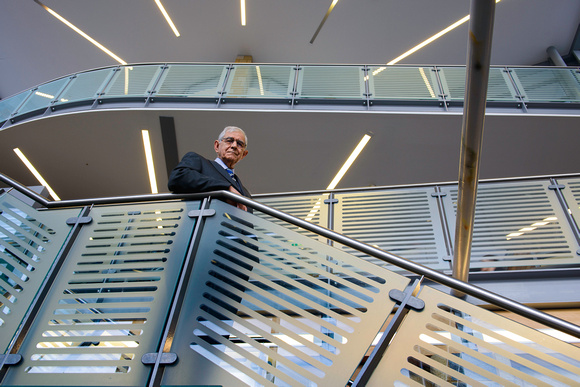