My family were well established in the German town of Bamberg, where my grandfather owned an electrical manufacturing company.
The Nazis took power in Germany in 1933. A few years later they issued the “Nuremberg Laws”. These humiliated and demeaned all Jews. We children were no longer permitted to attend school and professional adults no longer allowed to practice, but we survived. After the “Kristallnacht” (the night of broken glass, at Jewish premises) on November 9th 1938, it was clear that there was no future for Jews in Germany and most tried to emigrate. That was not easy, as a visa was required by all countries and many limited the number of immigrants.
In the years leading up to WWII, there was very high unemployment in the UK, so people who could establish businesses employing British people were welcomed. My father and uncle undertook to open a manufacturing plant producing weatherproof light fittings and electrical accessories, employing local labour. They were offered a factory on the Team Valley Trading Estate, in Gateshead, which is how we came to live here, among very friendly and supportive people.
I left school aged 14 and began a 7 year apprenticeship as a fitter, turner and tool maker, becoming a Chartered Mechanical Engineer.
I joined Round Table and the Gateshead Rotary Club, which led me to voluntary work of various kinds, including the formation of Newcastle Reform Synagogue in 1963. I was a school governor, a magistrate and worked for various charities. This was recognised by the award of an MBE in 2007. 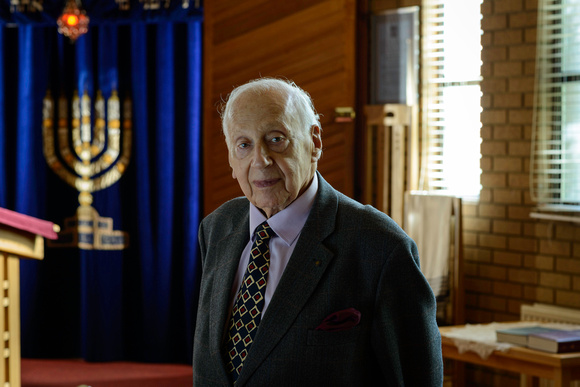