I've no idea why my father was in Uruguay. He told me he had had to leave Russia for good, but I didn't have the sense to ask him why. Still, I'm the only person in the country to have been at the World Cup final in Montevideo in 1930!

My mother was English so English was spoken at home. In 1945 I was working for the British Council, and over Christmas the BC representative reported that Allen Lane (the founder of Penguin Books) had arrived but he wasn't going to cut short his holiday for him. I did, and while chatting Allen Lane asked what my ambitions were. I wanted to go to the London School of Economics, so he offered me a job at Penguin which meant I could go to night school. Flying was the only means of travel. However, as I was just an ordinary passenger, I got off-loaded at every stop, and it took me 3 months to get to England, staying in exciting places such as Lima and New York.

At Penguin I mainly ensured Allen Lane attended to correspondence; I also met my husband Hans there. He had left Berlin in 1937 by getting a job at a printing works in Basutoland (now Lesotho), which had advertised for a Christian, but got a Jew. His mother perished at Auschwitz, his father died on the way there. 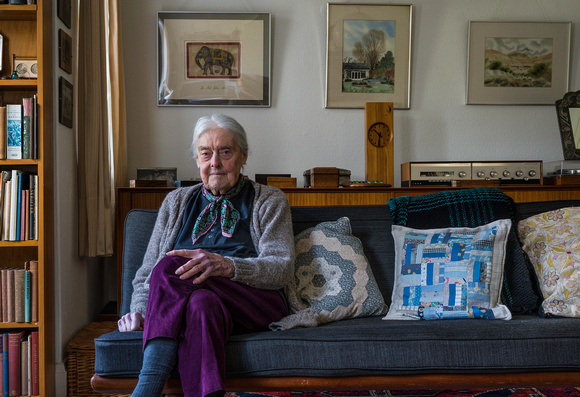