Arrivals: Making Sheffield was exhibited at Weston Park Museum, Sheffield between September 2016 and February 2017. Documenting and celebrating the diversity of Sheffield’s population, it builds a picture of how that diversity was created by photographing people who arrived in Sheffield from another country between 1945 and 2016. Each person chose where in Sheffield they would like their picture to be taken. So the project is a portrait of the city, of the pattern of migration and of 72 individuals. 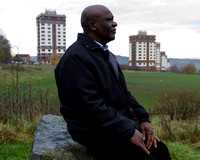 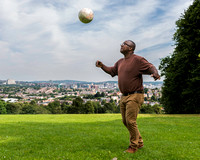